Differentiation Strategy in the Perfection of a Business Operation Model
:::

As a part of the recovery project of the 921 Earthquake, Yuchi Farmers' Association, with the integration and innovation of the industrial chain, has revived its black tea back production as a local pride. Black tea from Sun Moon Lake is now synonymous with Formosa black tea. Talent development and cultivation is under way as a major effort of the project staff. The black tea industry in Yuchi has undergone three phases of development.

Phase One: To inventory the situation of the industry for preparation of development

The black tea of Yuchi, a variety bred from Taiwan’s native wild camellia and the black leaf tea from Myanmar, is famous for the bright red color of its liquid with the scent of natural mint and cinnamon, often praised by world black tea experts as the unique fragrance of Taiwan. The industry shrunk and the area of plantation shrunk sharply, however, during the 1960s when faced with keen international competition. In the ten years of recovery from the 921 Earthquake, the Yuchi black tea industry gradually revived. It did not enjoy high popularity at first, with farmers operating on small scale. The major functions of the farmers’ association are to purchase the products, to supply production utensils and materials, and to promote the planting of black tea, with the objectives of stabilizing tea prices and protecting farmers' interests. In 2011, Yuchi Farmers’ Association joined the agricultural industry value chain management program organized by the Council of Agriculture, in which analysis is made on local industries for the core products and market survey is conducted for deeper understanding of market competition with the goal of proposing strategies of problem solution. The farmers’ association now steadily moves ahead with the carefully developed infrastructure and development goals.

To maintain and enhance the quality of raw materials for tea production, an innovative contract model was adopted for tea farm management and planting technology to stabilize the supply quality. Raw tea leaves are purchased from contract farmers at 10% above the market price, which successfully promotes black tea plantation and also gives higher profit to the farmers. At the same time, for obtaining food safety certification, tea plants that meet ISO22000 standards were built with carefully planned space configuration, traffic flow and standard operating procedures. Key know-hows of high-priced black tea production are mastered to ensure standardized quality and insurmountable competitiveness, which immensely facilitates export expansion and industrial upgrading. 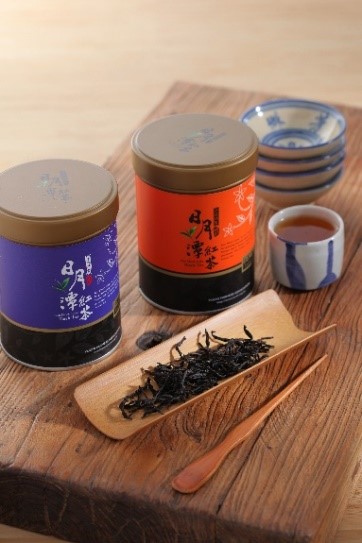 On the other hand, Yuchi Farmers’ Association, based on the concept of industrial value chain, started a series of marketing and channel development effort and conducted the market analysis to devise three levels of products, namely those for collection, exquisite packaging and LOHAS, which are developed for customers of different needs and marketed through different channels. The “collection” level is aimed at high-end gift market and sold in airport duty-free shops and department stores. The “exquisite packaging” level is promoted among tea connoisseurs on the Internet with the traditional marketing channels. The LOHAS level is targeted on tourists and sold mainly in tea shops located at tourist attractions. Furthermore, the cross-industry alliance is formed to increase the exposure of the product, greatly enhance the sales amount and help establish a good reputation of Sun Moon Lake black tea.

With the growing popularity of Sun Moon Lake black tea, many local farmers switched to black tea production. The size of tea plantation has grown from less than 400 hectares in 2011 to the current 600 hectares, scattered on different hills though. To deal with the problems of small-scale farming and scattered farms, Yuchi Farmers’ Association organized a black tea farming zone in 2015, the only one of its kind in Taiwan. With a base set up at Lugao Community, the zone has the major function to integrate the business operation, to introduce concepts of modern corporation management, and to facilitate value-added development of the farms. At present, the total area of the farming zone has reached the size of 132 hectares, of which about 10 hectares is operated by contract farmers. This has helped the growth and development of small farmers as well as the agriculture cluster effect.

Following the principles of branding, chain orientation, and international promotion, Yuchi Farmers’ Association first invested 100 million NT dollars on the new Sun Moon Lake Black Tea House as an effort to ensure its leading position and establish a brand image in a sound business model. The operation is in a six-level industrialization model, which incorporates the local tea culture, power of culture & creativity, and tourism resources to attract visitors of various backgrounds. To increase the amount of sales, effort has been made on international promotion, including surveys of foreign market and consumer habits and studies on the development of branding and tea scenting technology to packaging design. The association also participated in the Japan Gift Show and Great Okinawa Trade Fair to expand the overseas market. Sun Moon Lake Black Tea is now available on Aeon in Japan, enjoying a larger stage of visibility.

Yuchi Farmers Association later took charge of the operation of the farming zone. Since 2011, however, the assistance and support on production and marketing management consulting have helped increase its turnover by 10%. The black tea drinks and ice cream are now must-eat specialties for visitors to the Sun Moon Lake. Unlike ordinary tea shops mostly selling flavor-based bubble tea, the stall "Black Tea Shop" insists on food safety and serves only tea made by high-pressure extraction. It attracts crowds of visitors so the daily turnover can reach 500,000 NT Dollars.

The construction of Sun Moon Lake Black Tea House had reached completion and was officially commercialized before the black tea season in 2019. In addition, the official website has been completed and the POS system has been introduced. Through the operation mode of the tourist factory, the completion of the black tea house achieves the six-level industrialization of agriculture, which not only doubles the revenue, but also brings out the significance of education, so that tourists can better understand the culture and benefits of black tea drinking. In the future, it is expected to become the center of the black tea industry in the Sun Moon Lake area and lead the Yuchi area to set new milestones. 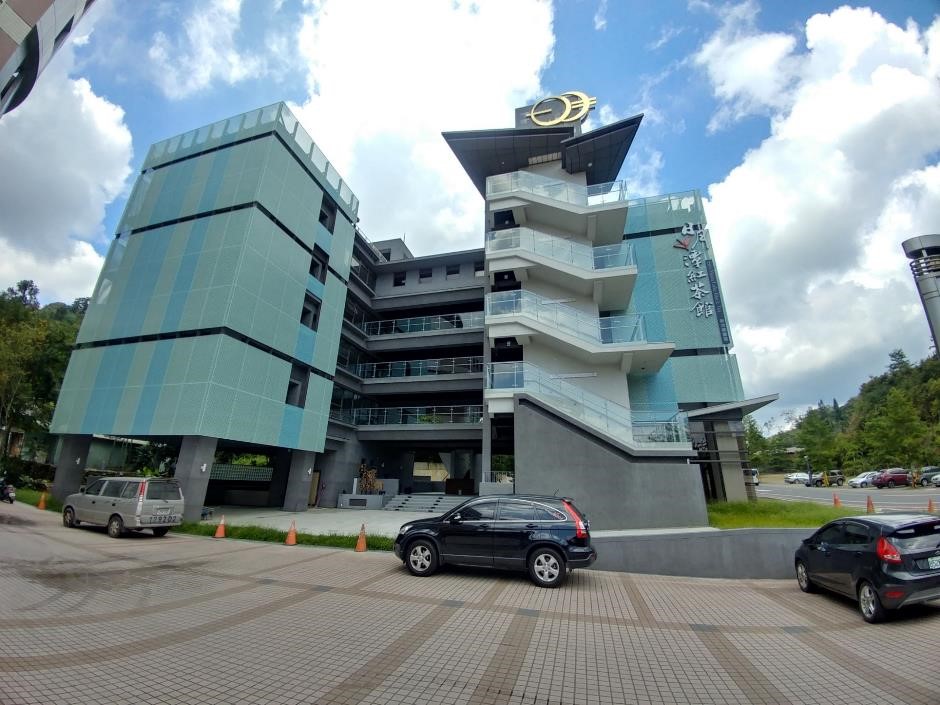